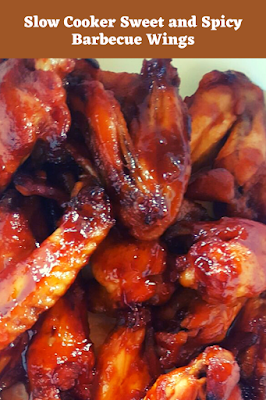 These barbecue chicken wings cook to tender perfection in your slow-cooker and then become crispy and nicely charred under your broiler. So toss them in the Crockpot and forget about them for several hours because you have better things to do. Then just before serving, make use of that broiler for smokehouse flavor and crispness.